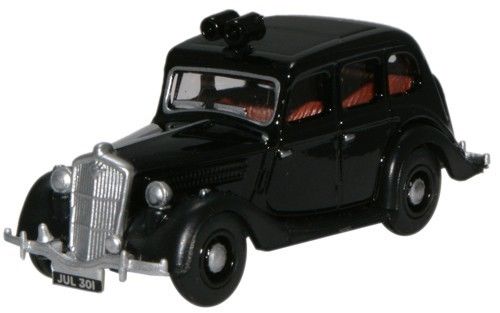 Originally launched in 1938 the 18/85 remained in production until 1948, in this time the car became famous for its role as a Police car, as can be seen in many old black and white movies of the period – so our first police release was an easy choice. The 18/85 had a powerful 85bhp six cylinder engine, developed from the MG SA, ideal for hauling a car load of bobbies and their heavy radio equipment! The 18/85 invariably came finished in black and featured the unique Wolseley “Nightpass” lights, which provided a curious anti-dazzle, dipped headlamp/driving lamp arrangement. Interiors were well appointed and the cars were well equipped for the time.