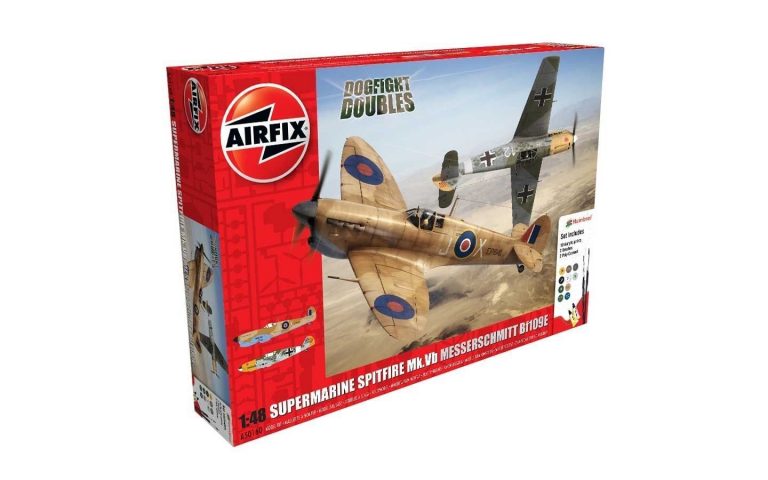 Skill: 2Dimensions (mm): VariousNumber of Parts: 258 TotalBetween June 1940 and November 1942 the small but strategically important island of Malta, situated in the Mediterranean Sea, became the most heavily bombed place on earth when first Italian and then German bombers attempted to force the island to surrender.
Merchant shipping convoys were also attacked in an attempt to prevent the island being re-supplied with food and military equipment. Initially Malta’s only defending fighter aircraft were outdated Gloster Gladiators and then Hawker Hurricanes but at the height of the battle, cannon armed and tropicalized Spitfire Mk.Vbs were used to intercept the German Junkers Ju88 and Ju87 Stuka dive bombers which were escorted by Messerschmitt Bf109Es. It became a struggle that was in some ways similar to the Battle of Britain. Eventually at the end of 1942, the war in North Africa had been won by the Allies so Malta was no longer of such important to the Axis powers and the bombing stopped allowing the starving civil population to be re-supplied by sea.

This product is suitable for ages 8 to adult. Not suitable for children under 36 months due to small parts, contains functional sharp edges and/or points. Retain these details, and address, for future reference.

This item will be sent by ROYAL MAIL Post.