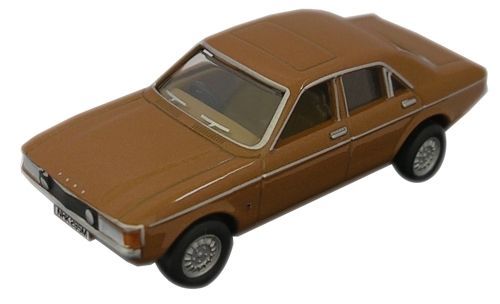 The Ford Consul, manufactured by Ford in Great Britain, was originally launched at the London Motor Show in 1950 and became a favourite four-door family saloon car. It evolved between 1951 and 1962, being the base model not only as a progressively streamlined Consul but also for subsequent Fords, including the Zephyr and Zodiac. It became a four door range in its own right again under the auspices of the Classic, Consul Capri, Consul Corsair and Consul Cortina – all except the Cortina being short-lived. During the period between 1972 and 1975 – the era of our newly tooled Oxford Consul Mk 1 GT introduction – the Consul had re-emerged once more before the name changed again in 1975 when all cars became the Ford Granada. Our Oxford choice of colour for the 1970s Ford Consul MK 1 GT was obviously a popular one at the time, as a similar example starred in the TV series ‘The Sweeney’ between 1975 and 1978 when it made appearances in the first three series. We have given the Oxford Ford Consul MK 1 saloon the TV star treatment by adding the registration plate – NHK 295M. For collectors of period motoring nostalgia, our Gold saloon extends the Oxford line-up a little further along your display shelf.